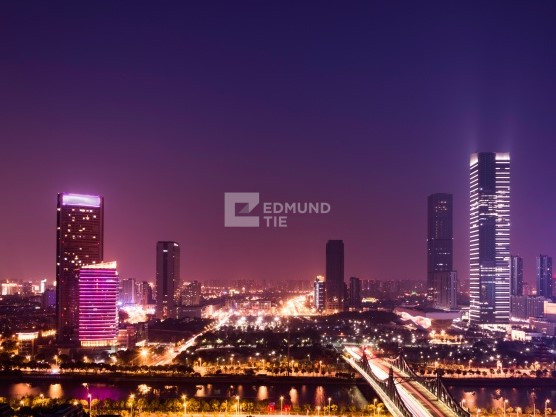 • Based on the data revealed by the National Economic Figure 1: GDP growth
and Social Development Council (NESDC), the Thai
economy in Q2 declined by 12.2 per cent compared
with a 2.0 per cent contraction in the previous quarter
(Figure 1).
• Private consumption expenditure decreased by 6.6
per cent compared with a 2.7 per cent expansion
in Q1. The decrease in consumption was due to the
decline in spending on vehicles, clothing and footwear,
restaurants and hotels, and alcoholic beverages. The
trend was in line with the declining income base,
change of consumer behaviour and measures for
controlling and preventing the COVID-19 pandemic.
• Government consumption expenditure increased by
1.4 per cent compared with a 2.8 per cent contraction
in Q1. The increase was due to the disbursement rate
of Q2 2020, which was at 22.3 per cent compared with
19.7 per cent in Q2 2019.
• The export value in Q2 decreased by 17.8 per cent
compared with a 1.4 per cent increase in Q1 due
to the sharp decline in the global economy and
merchandise trade.
• The manufacturing sector declined by 14.4 per cent in
Q2, continually dropped from a 2.6 per cent decrease
in Q1, which was in line with the decline in export
values and domestic demand.
• The construction sector expanded by 7.4 per cent due
to the expansion of public construction, recovering
from a 9.9 per cent decline in Q1.
• According to the NESDC, the rate of unemployment in
Q2 stood at 2.0 per cent, increasing slightly from 1.0
per cent in Q1. Unemployment reached the highest
level since the last ten years at 745,176 persons,
compared with the 376,926 unemployed in the same
period last year.
Social and Economic Rehabilitation Plan and Stimulus
Packages initiated by the government during the period
of July – September 2020 included:
1) Social and Economic Rehabilitation Plan. The cabinet
has approved the budget of THB400 billion for
economic and social rehabilitation through projects
aimed at creating jobs, strengthening communities
and building infrastructure. The first phase worth
THB100 billion aimed to strengthen the farming sector
and create more jobs. The second phase is worth
THB300 billion, with further details to be released by
the government later.
2) Stimulus Package for Domestic Tourism. The package
is effective from 1 July 2020 till 31 October 2020.
2.1) We Travel Together. Under this stimulus package,
the government subsidizes 5 million nights of hotel
accommodations at 40 per cent of the standard
room rate, with the subsidy limited to THB3,000
per night for up to 5 nights. The subsidies for other
services, including food, have been capped at
THB600 per room per night. The tourist facilities
must be located outside of the tourists’ home
provinces and are limited to 40 per cent of actual
expenses, with the rest paid by tourists. For air
travellers, the government will refund 40 per cent
of the ticket price, capped at THB1,000 per seat.
The quota is limited to 2 million seats.
2.2) Moral Support. The moral support package caters
to 1.2 million health volunteers and officials of
sub-district hospitals to fund their holiday travel
expenses. The subsidy is limited to THB2,000 per
tourist for a trip of at least two days and one night
utilizing the services of local travel agencies.
3) Job Creation Scheme. The cabinet has approved
measures to create jobs as a plan to revive the
economy devastated by the coronavirus pandemic. Job
Expo Thailand 2020, which took place from September
26th – 28th at the Bangkok International Trade and
Exhibition Centre (BITEC) targeted to provide up to
one million positions from government, private and
state enterprise sectors to help those who have lost
their jobs due to the COVID-19 situation.