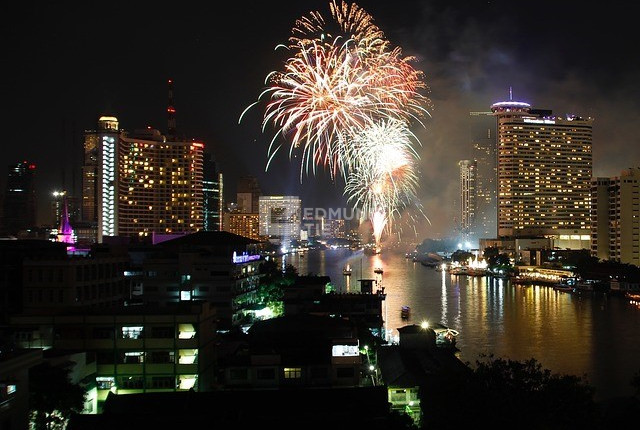 • The Thai economy decreased by 4.2 per cent,
improving from a contraction of 6.4 per cent in Q3.
The improvement in Thailand GDP was attributed to
expansions in private final consumption expenditure
and government final consumption expenditure,
following the improvements in the investment and
exports of goods.
• Private final consumption expenditure increased by 0.9
per cent, improving from a decrease of 0.6 per cent
in Q3. The increased spending in non-durable and
net service items accelerated private consumption
expenditure in Q4.
• Government final consumption expenditure expanded
by 1.9 per cent, a gradual expansion as compared to
2.5 per cent in Q3, mainly attributed to the rise in
compensation of employees and the increase in the
purchase of goods and services.
• Private investment decreased by 3.3 per cent, showing
an improvement when compared to a 10.6 per cent
decrease in Q3 2020. A major contributing factor for
improvement in the private investment was a lower
contraction in machinery items, which was reduced by
3.2 per cent, improving from a fall of 13.9 per cent in
Q3. Public investment also increased by 0.6 per cent
though at a smaller pace when compared to a 17.6 per
cent expansion in Q3. Public construction expanded by
2.9 per cent while public machinery items showed a 6.4
per cent decrease.
• Exports of goods and services decreased by 21.4 per
cent, a slight improvement when compared to the
23.3 per cent decrease in Q3. Merchandise exports
fell by 1.5 per cent, improving from a 7.5 per cent fall
in Q3, with the improvement mainly attributed to the
expansion in exports of agricultural products.

• The mass vaccination program for global populations
including Thai people as well as the country reopening
to foreign visitors will hasten the return of foreign
tourists which is the key factor for tourism and
hospitality recovery. The worldwide vaccination
program will gradually regain travel confidence among
foreign visitors and Thai populations as the host of the
destination country.
• The cabinet has approved low-interest loan programs
worth THB50 billion to assist informal workers and
SMEs related to the tourism sector to alleviate debt
shouldered by these groups. A flat interest rate of 0.1
per cent per month is applied to this loan program with
the grace period for repaying the principal and interest
being extended from 6 months to 12 months.
• Another loan scheme with a total credit line of THB10
billion has been approved by the Government Savings
Bank (GSB) to provide low-interest loans for tourismrelated
businesses and those involved in the supply
chains of the tourism sector.
• Key factors that will raise consumer spending and
investment sentiment in Q2 and the remaining period
of 2021 include: 1) the government’s spending stimulus
and financial relief measures, 2) the wide coverage of
Covid-19 vaccines and the quick implementation of
vaccination program in the country, 3) the ability of
the state to contain the new wave of the pandemic
crisis after the new clusters of infections were detected
in night-entertainment places in Bangkok to prevent
more infections after Songkran festive season when
people travel across regions to visit their hometowns.
Additionally, the continuous financial support from
the government to individuals and SMEs in the form
of measures and relief packages is critical so that
businesses can resume and move forward.
• According to EDMUND TIE Research, the direction of
the Thai economy in 2021 depends on several factors
including the government policies to revitalize tourism
and stimulate spending and investment through several
measurements, the efficiency of the state in containing
the fresh wave of the outbreak, the global economic
recovery, and the state’s management policy in
reopening the country to foreign tourists in the second
half of 2021. All these factors will help the country to
regain spending and investment confidence, and will
also draw fund inflows from the international market
into the country.